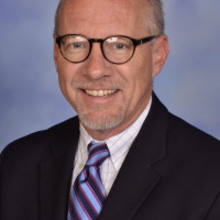 Charles T. Evans is the founder and Senior Partner of BetterSchools, LLC. He has worked in independent schools for more than twenty-five years, leading schools in Virginia, North Carolina, and Texas.

Since 2006, Chuck has provided strategic consulting and professional development for dozens of independent, parochial, and public charter schools. Through his writing and popular seminars on school finance, Chuck has emerged as a thought leader in independent schools on the topics of financial sustainability, effective leadership, and the private school marketplace.

BetterSchools consultants passionately assist private schools in strengthening their value propositions, improving their institutional competitiveness, and extending their influence in larger conversations about the shape of education in North America.

Alongside his consulting, Chuck teaches in the graduate school at Peabody College/Vanderbilt University. As adjunct instructor of higher education in the Department of Leadership, Policy and Organizations, he leads a course on Advanced School Finance for Independent Schools.

The former Executive Director of the Texas Private Schools Association, Chuck has worked as a lobbyist, advocating in the Texas state legislature on private school issues. He is also a former member of the State CAPE Network of state-wide political advocates and has worked as a state certified mediator.

Chuck is the co-author with Robert Littlejohn of Wisdom and Eloquence: A Christian Paradigm for Classical Learning (Crossway 2006), and he contributed a chapter to a recent work on Christian schooling entitled Building a Better School: Essays on Exemplary Christian School Leadership (Paideia 2012).

Most recently, Chuck collaborated as a co-founder of the Council on Educational Standards and Accountability.

Originally from the Washington, D.C. area, he lives in Austin, Texas.